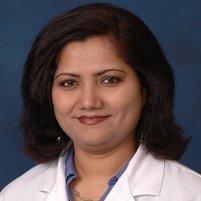 Dr. Sadique’s life mission is to effectively prevent, detect, delay, control, and ultimately help cure illnesses in her patients in Brighton Beach and Flatbush, Brooklyn, NY and Queens, Jamaica, NY. Trained in Internal Medicine, Family Practice, and Children's and Women's health, her patients include Men, Women, and Children alike. Her emphasis is always on helping her patients lead a healthy and productive life. With timely diagnosis and good care plan, she effectively manages chronic diseases like heart disease and stroke, cancer, diabetes, obesity, high blood pressure, Arthritis, and similar conditions. Chronic diseases are the most common and costly of all health problems, but they are also the most preventable. Growing evidence indicates that a comprehensive approach to prevention can save tremendous costs and needless suffering.

Today, over 133 million Americans (117 million adults & 16 million children) suffer from chronic diseases that include Heart disease, Stroke, Cancer, Diabetes, Obesity, and Arthritis. 75% of US healthcare cost and 7 in 10 deaths in the US are related to chronic diseases.

What are Heart Disease and Stroke?

Heart Disease is the NUMBER ONE leading cause of death in the US. Stroke is the THIRD leading cause of death; together they account for 30% of all deaths in the US. The total economic costs of heart disease and stroke in 2010, not including nursing home care, was $315.4 billion with $193.4 billion in direct medical costs. Major risk factors for heart disease and stroke included: uncontrolled high blood pressure, uncontrolled high LDL cholesterol, and smoking. 90% of Americans consume too much sodium increasing the risk of high blood pressure. More than 43 million US adults and 1 in 5 US high school students smoke. Cigarette smoking accounts for more than 480,000 deaths each year. Each day, more than 3200 youth aged 18 years or younger smoke their first cigarette, and another 2100 youth and young adults who smoke every now and then become daily smokers. More than 4 million people are hospitalized due to heart disease each year with an average length of stay at 4.6 days.

Cancer is the SECOND leading cause of death in the US claiming more than half a million lives each year. Over one million new cases of cancer are reported each year with approximately 34% for Prostate cancer, 19% for lung and bronchus, and 12% for colon and rectum cancers. Cancer care costs in 2010 were $157 billion. Possible causes of cancer are Genetics, Tobacco use, Diet and physical inactivity, Sun and UV exposure, Radiation exposure, and other Carcinogens. Genetics accounted for 5-10% of all cancers. Lung cancer was the leading cancer killer in 2010 with 158,318 deaths in the US.

How Much of an Epidemic is Diabetes?

Diabetes is the FOURTH leading cause of death in the US, with 71,382 deaths each year directly attributable to diabetes. Diabetes complications contribute to the death of 231,404 American lives annually. Nearly 26 million adults and children, roughly 8.3% of US population, have diabetes with 18.8 million Physicians diagnosed cases. 1.9 million Americans aged 20 years or older are newly diagnosed with diabetes each year (5,205/day). 79 million Americans have pre-diabetes. 50% of people with diabetes die of cardiovascular disease (primarily heart disease and stroke). The economic cost of diagnosed diabetes in the US is $245 billion per year with $176 million in direct medical costs and $69 billion in decreased productivity. Diabetes is the leading cause of kidney failure, nontraumatic lower-extremity amputations, and new cases of blindness each year among US adults aged 20-74 years. Every day in the US, diabetes causes an estimated 225 amputations, 117 cases of end-stage kidney disease, and 33-66 people losing their eyesight. Amputation procedure cost exceeds $30,000 per case. The epidemic of diabetes is traceable to rapid increases in overweight, obesity, and physical activity.

Why is Obesity a Health Risk?

During 2009­–2010, more than one-third of US adults, roughly 34.9%, or about 78 million people, were obese (defined as body mass index [BMI] ≥30 kg/m2). Nearly one of five youths aged 2–19 years was obese (BMI ≥95th percentile). The prevalence of obesity in children has increased markedly, with approximately 20%-25% of children either overweight or obese. In the United States, roughly 300,000 deaths per year are directly related to obesity, and more than 80% of these deaths are in patients with a BMI over 30. For patients with a BMI over 40, life expectancy is reduced significantly (as much as 20 years for men and five years for women). Obesity-related conditions and complications include heart disease, stroke, type 2 diabetes and certain types of cancer. Obesity is linked to 1/3rd of all cancer deaths and 75% of all hypertension and type 2 diabetes cases in the US. Excess body weight, poor nutrition and/or physical inactivity are the most common reasons for obesity. Medical costs linked to obesity were estimated to be $147 billion in 2008. Annual medical costs for people who are obese were $1,429 higher than those for people of normal weight in 2006.

Arthritis is the leading cause of disability limiting daily activities for 19 million US adults. One in every five adults, or 53 million adults, have a doctor-diagnosed arthritis. More than 22 million say arthritis causes them to have trouble with their usual activities. Arthritis destroys joints, bones, and other connective tissues. It is not just “an old person’s disease”; 65% of people with Arthritis are under the age of 65. Osteoarthritis is the most prevalent form of Arthritis striking 27 million Americans, while Rheumatoid arthritis affecting an estimated 1.3 million people. Juvenile arthritis affects 300,000 children. Arthritis and related conditions cost about $128 billion annually in medical care and other costs to the US economy. Of this amount, nearly $81 billion is spent on direct medical costs and $47 billion on indirect costs associated with lost earnings.

Dr. Sadique advises all patients to see their primary care physicians regularly, be conscious of their health, exercise regularly, eat healthy food, and take their medications on time.

Dr. Sadique accepts most major insurance plans. Co-pays and deductibles are collected at the time of service. Certain services provided at our clinics are not covered by insurance companies - requiring patients to pay in full for such services. Self-pay appointments are $40 plus fees for any blood work done. *Please note that the insurances accepted at each location vary. For a full list of insurances accepted at each clinic, click here.